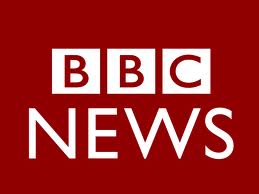 People are leaving their possessions in self-storage warehouses for longer than ever. But why are people paying to store stuff they rarely use?

The mania for storage centres began in the US in the 1960s and the country now has over 50,000 such facilities. They arrived in London in the 1990s but didn’t take off across the UK until 2000. Britain has 800 major self-storage units, the same as the rest of Europe put together.

It’s the ideal stopgap while you get organised and there are knockdown three-month offers to entice you.

But out of sight is out of mind. Recent statistics show that people are leaving their junk in storage units for longer and longer.

Data from the UK Self Storage Association suggests that the average length of stay has risen from 22 weeks in 2007 to 38 weeks in 2010.

And newspapers have found horror stories where people have forked out thousands of pounds to keep their possessions in storage for years on end, despite never visiting the warehouse to take them out.

The consumer society means many people are gradually running out of space, says Cory Cook, a professional organiser based in London.

“More and more stuff comes in and it’s not going out. I want to say it’s a throwout society, but it’s not the case because people are keeping their things around.”

The increasing proportion of business users during the recession is one reason average storage time has increased, says Rodney Walker, chief executive of the SSA. Business users stay for 56 weeks and private individuals stay for 27 weeks on average.

But even before the recession, private users were staying longer, mainly because of cramped modern housing. “More people are living alone in smaller homes without garages or attics,” he says.